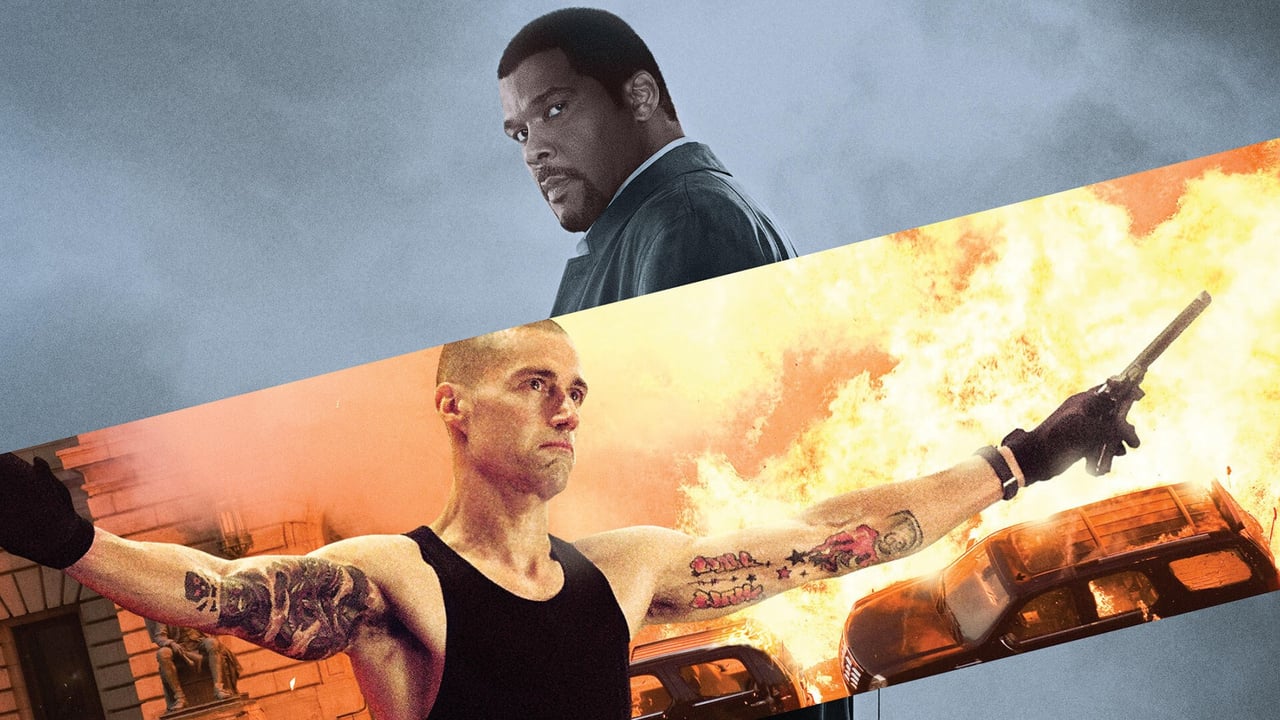 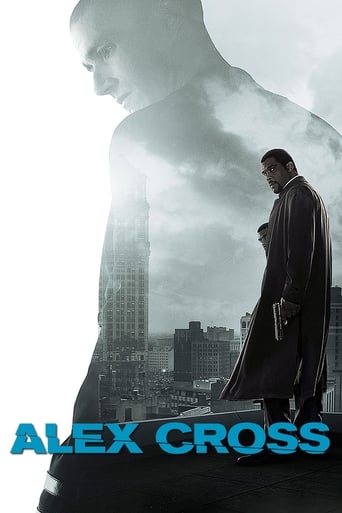 After Washington DC detective Alex Cross is told that a family member has been murdered, he vows to track down the killer. He soon discovers that she was not his first victim and that things are not what they seem.

It's not hard to figure out what's wrong with this movie. Skeptics may think Tyler Perry was a bad choice to fill in a young Morgan Freeman's shoes but he was absolutely fine in the role. Plus, Matthew Fox as a psychopathic skinhead assassin? Hell yes. Edward Burns as Perry's detective partner? Eh, less convincing but I'll let it slide. The direction and the writing though... whew. It's amazing the actors were able to recite this dialogue with a straight face.The story of Alex Cross is a simple murder mystery - Alex Cross and his partner investigate the scene of a crime and discover that they're after a professional killer referred to as Picasso. Then things get personal and Cross plans to seek his revenge once and for all. Standard crime thriller plot, right? The problem is when the characters start talking to each other. Honestly, it's laughable how bad some of this dialogue is, especially between Cross and his family. They throw in these "emotional" scenes to break up the action but all they do is make for a really awkward paced movie. It would be passable if the dialogue actually moved the plot forward but it doesn't, at all. There are some subplots that are introduced and never brought up again. Like Alex Cross becoming an FBI agent. What was the point of even including that?The main reason to watch this movie is for Matthew Fox. He's playing a sadist who is "fascinated by pain." Not very original but who cares, it's Matthew Fox playing a 130 pound untamable psychopath. The scenes in which we see him doing his job - stalking his targets, infiltrating their houses, taking out their body guards and whatnot - are the most interesting parts of the movie. He's really the only character given a clear cut motive and enough development to make him a decent antagonist. He's also batsh*t crazy, did I mention that? Yeah, he's a lot of fun to watch.Unfortunately Perry isn't given nearly as much to work with. He's a generic detective masquerading under the name Alex Cross who acts as a poor man's Sherlock Holmes. His whole objective is to get into the mind of this madman while trying to maintain a steady family life, but instead of building tension between these two factors and having them play off one another and ultimately effecting Cross' personal life, the writer/director think it's more effective to jump from one setting to another with no lead-ins or relevance to what just happened or what is about to happen. The family scenes are cringeworthy, and even the dialogue with his partner gets really cheesy. I wanted to see more psychological warfare between Cross and Picasso. They try to do that in a couple scenes but it's so poorly written that you don't believe a word of it.Tyler Perry's acting shines in a few scenes. He's certainly a capable dramatic actor and anyone who says otherwise is talking out of their ass. Thankfully I haven't seen the Madea movies so I had no prior opinion of Perry but he won me over with this. Mind you, some of his lines sound forced and awkward but that's completely on the scriptwriters. It's just impossible to be drawn to the character, and you'd think with a title like Alex Cross that we'd get a deep look into the mind of the title character, but instead they spoon-feed us this cheesy soapy dialogue and the occasional battle-of-wits with the villain that isn't the least bit intriguing. Also, the climax of this movie, if you can even call it that, is laughable. The fight scene is probably the worst camera work I have seen in an action movie. You can hardly see what's going on half the time, and once it ends you're just like, okay. Is that it?Again, the leads save this movie from being a total bomb. I was admittedly entertained for a good portion of the movie despite its stupid dialogue. None of it is inventive or new; it's just your run-of-the-mill murder mystery that is low on thrills and high on cheese. Worth a one time watch if it's on TV or something, but really the main thing you'll remember from Alex Cross is the criminally wasted talent.

***Contains Spoilers****** I have been a fan of the Alex Cross series since the very beginning. I was shocked when we found out the ending in Big Bad Wolf and waited and waited for these movies to start rolling in. First, Tyler Perry, come on! Where was James Patterson when castings were auditioned for? Alex Cross was clearly more of a,the late, Michael Clark Duncan, Denzel role. But anyone, anyone other than Tyler Perry. Frankly, the entire movie was cast inappropriately. And the spots where it's clear, the screen writing was trying to cram Cross' entire back-story into 1 movie, was sloppy at best. Not true to the integrity of Patterson's fast-paced, page turning fervor we are accustomed to. The only hope is that they aren't making any more.

Alex Cross is a crime thriller that stars Tyler Perry in the title role.It tells a story about how Cross meets his match in the Picasso,portrayed by Matthew Fox. This is the third film that features the character Alex Cross, the main character in a series of novels by James Patterson.The movie was was adapted from the novel "Cross," written by screenwriters Marc Moss and Kerry Williamson.It was directed Rob Cohen.In the film,Cross' main target is a psycho named Picasso, a serial killer who tortures and mutilates his victims. Picasso is a bellicose suit-wearing monster who early on takes off his jacket and tie and reveals the psychopath within. When Cross studies the crime scenes he's left and watches as Picasso continue killing innocents around town.But when the mission gets personal,he is pushed to the edge of his moral and psychological limit.It is too bad that Tyler Moore does not hold a candle to the performance of Morgan Freeman,who performed Alex Cross in the two previous movies namely,Kiss the Girls and Along Came a Spider.Added to that,the story is dull,predictable and boring.It is far from interesting as it is clichéd and has an unbearable dialogue.Added to that,the action scenes does not contribute to make the film even better.Skip this one. 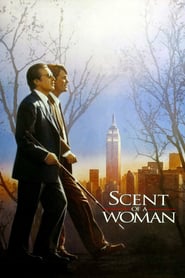 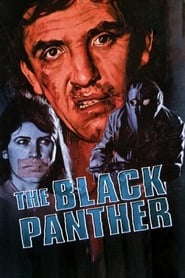 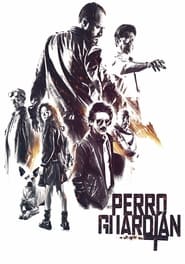 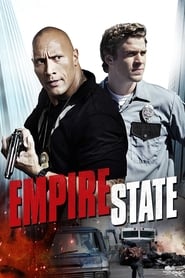 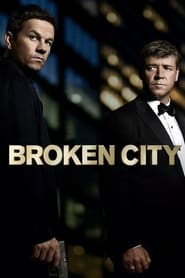 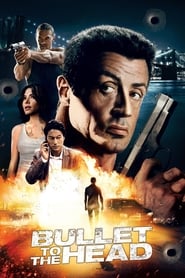 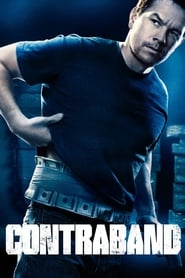 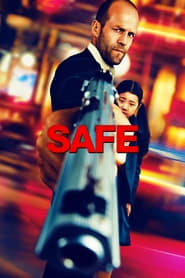 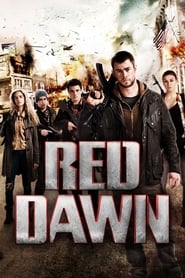 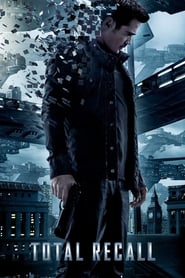 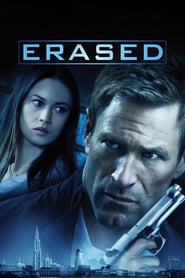 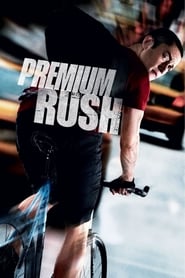 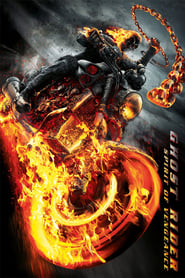