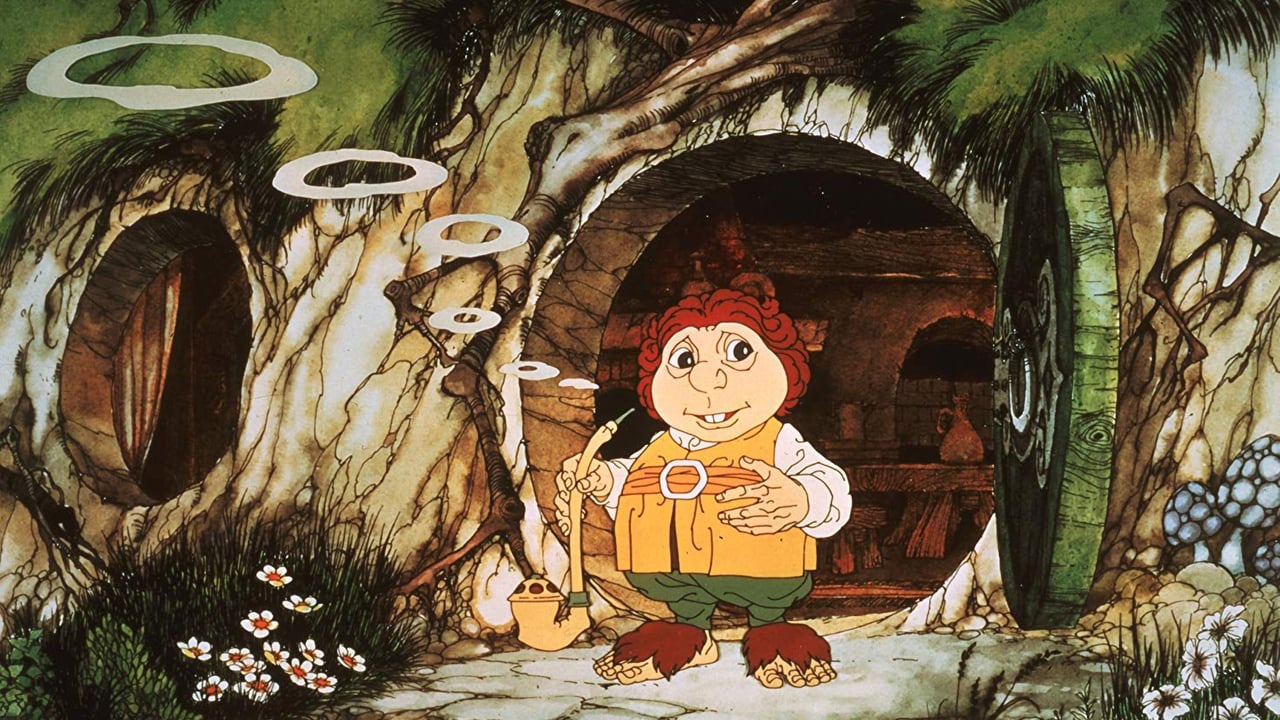 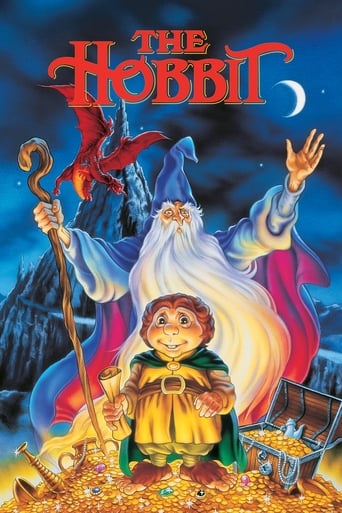 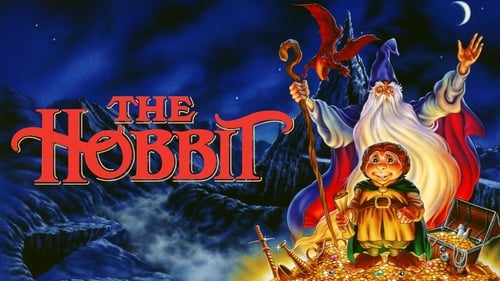 Bilbo Baggins the Hobbit was just minding his own business, when his occasional visitor Gandalf the Wizard drops in one night. One by one, a whole group of dwarves drop in, and before he knows it, Bilbo has joined their quest to reclaim their kingdom, taken from them by the evil dragon Smaug. The only problem is that Gandalf has told the dwarves that Bilbo is an expert burglar, but he isn't...

Like the great film, it's made with a great deal of visible affection both in front of and behind the camera.

After the fiasco of the Peter Jackson trilogy, I have to say my appreciation for this film has increased substantially. Let me share a few reasons.1) The compacted story - while it could have followed the book a little more closely in the last act, the movie really moves along at a quick pace which won't bore younger viewers. There's only a couple major omissions to the story. Beorn gets cut from the story (much like Tom Bombadil in the Ralph Bakshi LORD OF THE RINGS movie) but it's not much of a loss in my opinion. They did a great job of "trimming the fat" and leaving the viewers at the end hungry for more (hence why I and so many others then went into the much darker and denser LORD OF THE RINGS universe afterward so eagerly).2) Enjoyable for both younger and older viewers - being a fantasy movie, it does have violence on display but manages to neither be graphic nor ridiculously sanitized. None of the dialog feels dumbed down from the book, maintaining its relatively wide vocabulary. This is something most newer fantasy movies fail at; they either have to elevate the violence to levels inappropriate for small kids or they make the narrative so kid-friendly that adults can't connect.3) The spirit of the book maintains - while a lot of the musical numbers may irritate viewers, I have to point out that they were almost all in the actual book. Also if you look at the artwork and character design, it's all based on pre-existing illustrations for the books, very accurately bringing the pages to life.4) The voice cast - remember when animated films would cast for the right voice and not just star recognition value? I actually blame Sean Connery's casting in DRAGONHEART (which was highly publicized) for this. Back when this movie was made, careful effort was made to bring in some of the best voice actors in the business such as Don Messick, Paul Frees, Brother Theodore and actor/director John Huston. Once relatively big-name Richard Boone works perfectly as Smaug, surprisingly enough. Overall the mixture of British and American actors gives it a transatlantic fantasy element that similarly worked well in THE DARK CRYSTAL.Among many other reasons, compared with Jackson, Rankin/Bass were just able to do so much more with so much less.So, to parents out there; do yourself a favor and show this to your kids of any age. It'll get them into fantasy better than anything outside of Ray Harryhausen's creations. In my opinion it's the strongest of Rankin/Bass's output and the most fun (as in least exhausting) of all Tolkien adaptations.

If you want to learn "The Hobbit" story in as little time as possible, this is the movie for you. And I'm not ripping on it's length at all, it's length combined with it's animation I think makes a good kids film. Heck, if I hadn't seen this when I was a kid, I don't think I'd be such a big fan of "LOTR" as I am today. There are a few deviations from the book, some good, some bad. I've read the book a couple of times, and I would still rather read the book than see this again. What made "The Hobbit" great to me was that it's length was perfect. It was a book that you could get absorbed into, but you could finish it in a day or two. It wasn't too long and it wasn't too short. I feel like this version is too short. I have seen the Peter Jackson "Hobbit" movies, and I can't say I recommend this over those. To be honest, I've only seen the Peter Jackson "Hobbit" movies once. I'll probably get to those at a later date, but this is a good alternative if you don't have time to read the book.

If you have not seen it, do it! ..(Sorry for the short review, however the truth needs not many words.) It is true to the book at point. And it is good.. Also it implements the singing in a short and loving way. It does have more in common with the books, than the new movies coming out now a days.. Peter Jackson does a great job! And the three should not be compared, really..But, this is the greatest filmization I have seen of the hobbit.. And I have been a fan since I learned to read, .. And perhaps even before that again.. (PS: I was Born in 1983.)

I seem to keep on forgetting that this little movie exists, but it does (I've seen it twice now). Look, it is probably not the best rendition of the Hobbit, but then again it not only is animate, but it is using 1970s animation technology. We must remember that back then they did not have special effects, and a lot of movies were shot using blue screens and models. These days they simply hire computer programmers and graphic designers, which ends up being a lot cheaper.There really isn't much to say about this animate feature in and of itself. The drawings and animation are not the best, but the voices seem to work okay, though I thought Bilbo looked a little dorky. Most of the story is present, though unlike the Peter Jackson version of the Hobbit that is due to be released soon, there is not focus on the back story. Basically what we have in the book we have in this feature, and nothing more. This means that we do not know where Gandalf goes off to when he is not accompanying the group.The basic story is simple, Bilbo is relaxing in his house when Gandalf appears and tells him that he is going to have some guests. Sure enough, a bunch of dwarfs rock up and begin having a party. Gandalf then tells Biblo (he doesn't have a choice in the matter) that they need a robber (or a professional treasure finder, as Bilbo calls himself) and that Bilbo has been chosen. Then off they go on a long journey across Middle Earth to the Lonely Mountain to kill a dragon, claim the treasure, and restore Thorin Oakenshield to his throne. On the way they are captured by Trolls, Goblins, Elves, and Spiders, and once all is said and done, they suddenly discover that they are in the middle of a massive battle between five armies, who are all wanting a piece of Lonely Mountain.What I discovered from this film was basically how whimpy the dwarfs were. Okay, my thoughts on dwarfs are clouded by the Dungeons and Dragons position, however I would have expected the dwarfs in Middle Earth to be a lot tougher than this lot. If we take into account all the times that they were captured, not once did they actually go out and fight, and if it was not Gandalf rescuing them, it was Bilbo. Even when the go to confront the dragon Smaug, it is Bilbo who sneaks into the mountain, and it is a human from Lake Town that fires the killing blow. The only time the dwarfs actually get involve in a battle is right at the end, and even then half of them are killed.This is not really a criticism of the film, but rather of the book, though we need to remember that The Hobbit was the pre-cursor to Lord of the Rings, the book that pretty much set the standard for all fantasy fiction to come, though being the precursor, The Hobbit is truly the first of the modern fantasy fiction. It is clear that Bilbo is the hero, and that Gandalf is some sort of guardian angel, but I am still, to an extent, a little baffled as to who the dwarfs are. Only a few of the dwarfs actually have major roles, the rest of them seem to just tag along for the ride. As I said, none of them actually get into a fight until the end. However, I do not think this is allegorical, since Tolkein pretty much hated the concept.The book does set the scene for the Lord of the Rings, though once again only in a minor way. Pretty much everything that we need to know about the world of Middle Earth is in the Lord of the Rings, and aspects such as Gollum and the ring, are also more fully explained there as well. All we know about Gollum here is that his is some ugly creature lurking deep in the Misty Mountains, crying over his lost precious. In a way, the riddle scene in the book where Bilbo and Gollum face off each other in a challenge of wits is the most famous scene in the book, but we know nothing about the ring until Lord of the Rings, when Gandalf returns to The Shire, has a look at the ring, and discovers that it is indeed the one ring. All it is here is a magical trinket, however the hold that it has over Gollum should give us some clues that there is simply something not right with it. 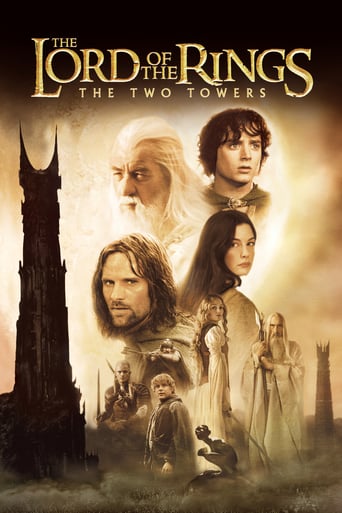 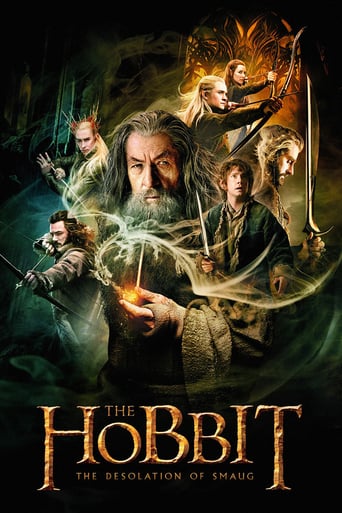 The Hobbit: The Desolation of Smaug 2013 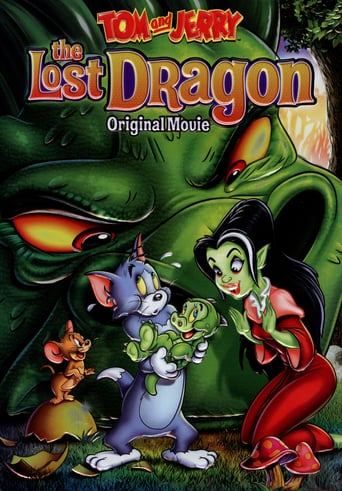 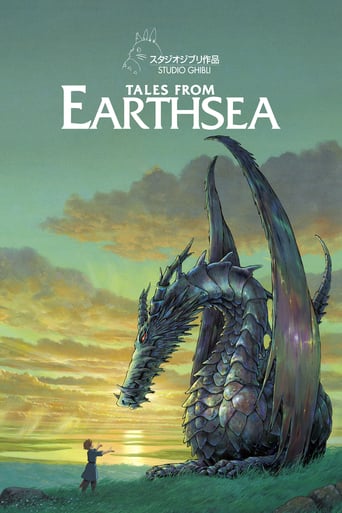 Harry Potter and the Half-Blood Prince 2009 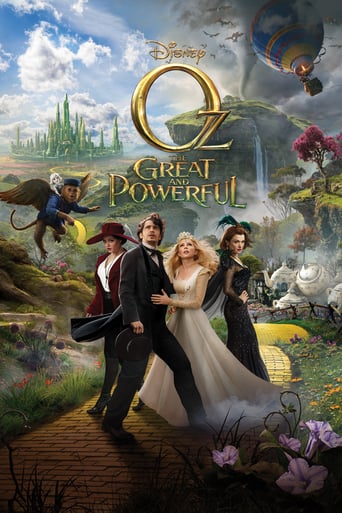 Oz the Great and Powerful 2013 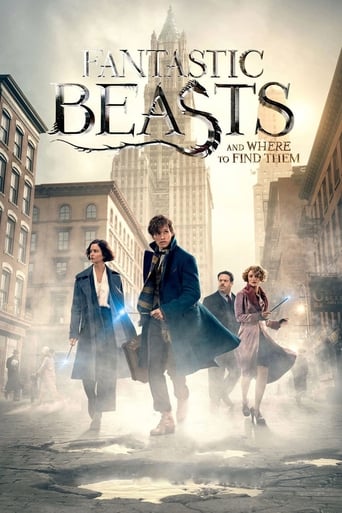 Fantastic Beasts and Where to Find Them 2016 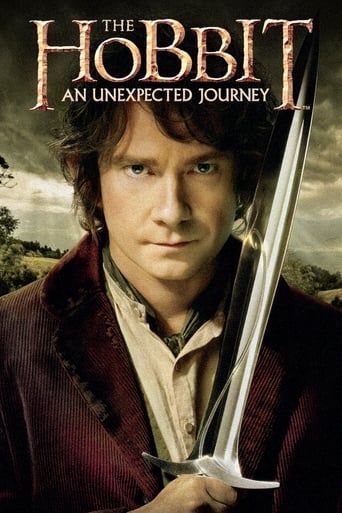 The Hobbit: An Unexpected Journey 2012

The Lord of the Rings: The Fellowship of the Ring 2001
You May Also Like 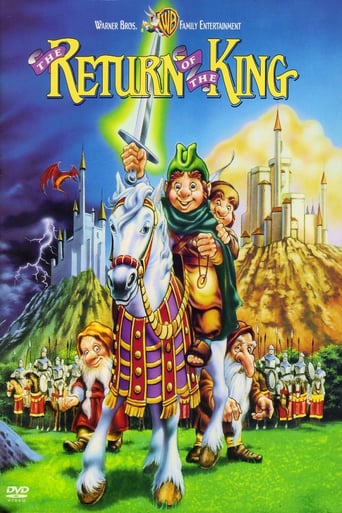 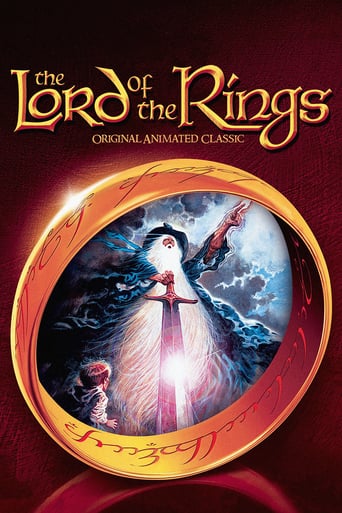 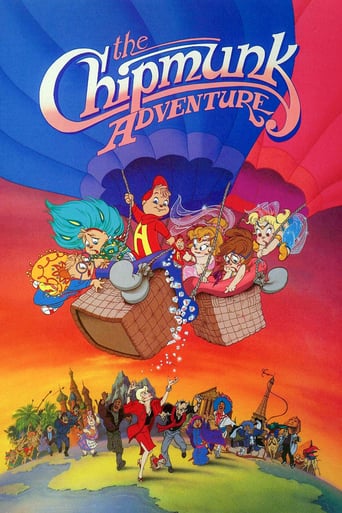 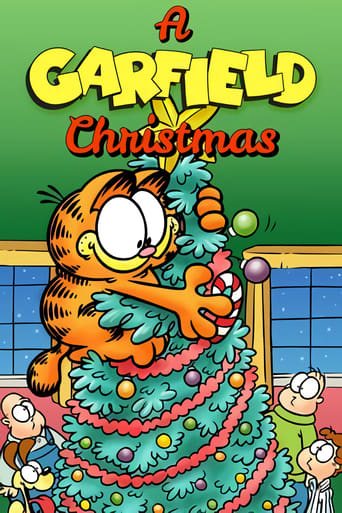 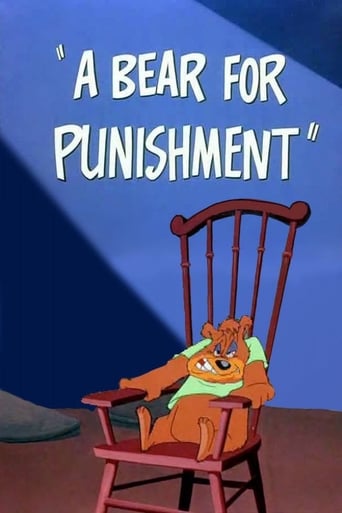 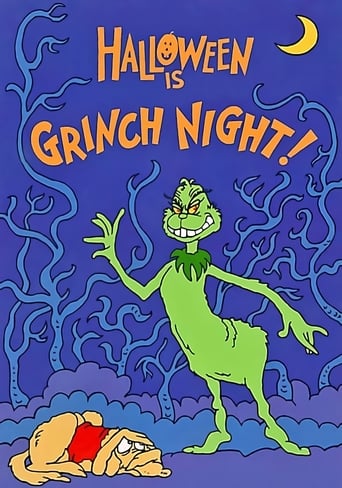 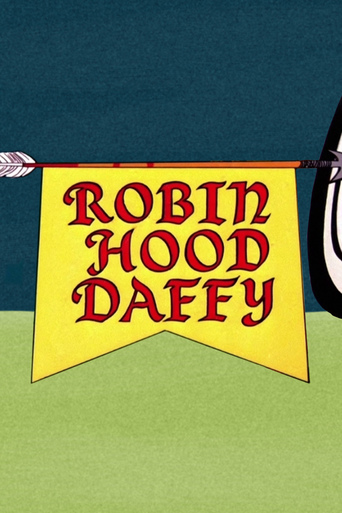 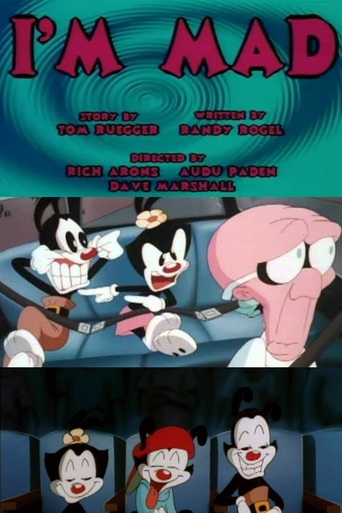 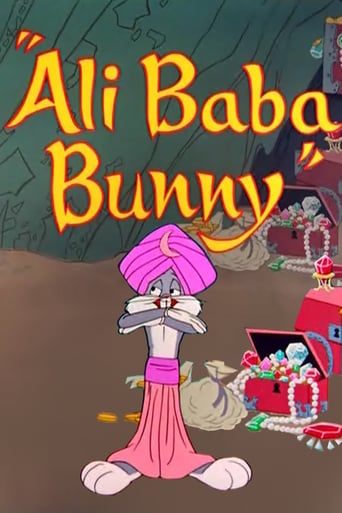 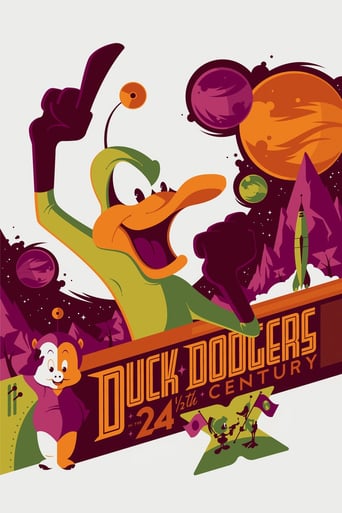