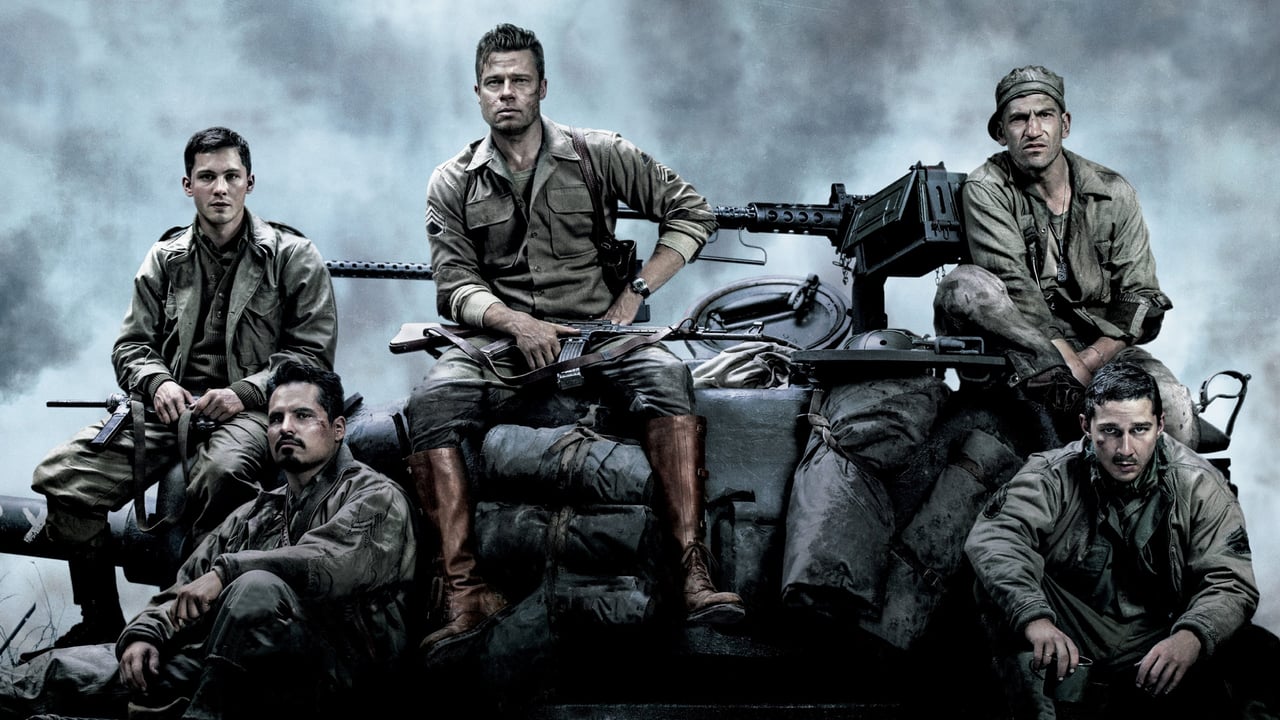 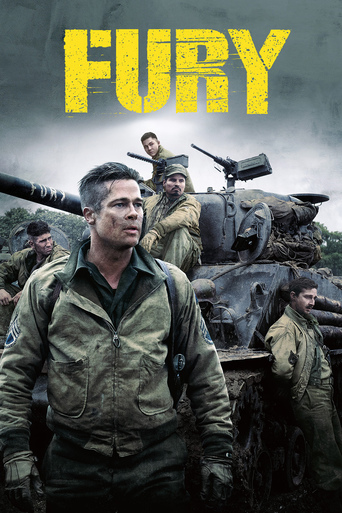 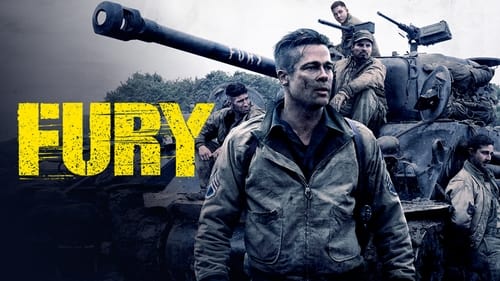 In the last months of World War II, as the Allies make their final push in the European theatre, a battle-hardened U.S. Army sergeant named 'Wardaddy' commands a Sherman tank called 'Fury' and its five-man crew on a deadly mission behind enemy lines. Outnumbered and outgunned, Wardaddy and his men face overwhelming odds in their heroic attempts to strike at the heart of Nazi Germany.

IMDB needs a scoring update so pedantic 'it's not realistic' ''that gun wasn't made until 1946' can put their low scores somewhere else. A high production film which has merit, entertaining.

Must be lot of Germans giving those bad reviews... Don't trust them, this is one of the greatest war movies!

Probably earns itself a spot in one of the top 10 war movies ever, if only for the great effort made at historical accuracy. The genuine Sherman tanks used in the movie, along with one of the only running Tiger tanks left in the world, really give this movie a fantastic historical feel. That, and the fact that they do not try to portray American troops as real "good guys" as they murder surrendered prisoners and do other things not so nice. I don't doubt these incidents occurred in World War 2, as they do in every war - but there are some genuinely ugly moments in this movie that taint the movie slightly - no doubt as intended, since real war is a million times uglier. Nevertheless, the story has enough scenes to give you something close to a feeling on what being an American tanker in WW2 was like. The movie moves along briskly from the beginning, and never slows down for long, especially not with excess character development - but enough is revealed about the main characters to show that the tank crew believes they are all more or less a collection of doomed men. The crew know they are probably going to die before the war ends - it's 1945 and the Germans are fighting harder then ever, now that they are on home ground - and their every word and action reflects this idea. So it's no surprise that we will take on the viewpoint of the newby of the group. Norman (Logan Lerman) is a GI that's ordered into Fury (the Sherman tank and the real star) as a radio operator when their last one is KIA. .. and it's Norman's eyes we see the movie through, since he is just as unprepared for what is going to happen as we in the audience are. Sent to stop German forces in a last minute defensive action, Fury and her fellow Sherman tanks face German army and SS troops in a virtual whirl-wind of crashing violence and furious attacks from a desperate enemy. There's nothing to say about this in a review without ruining the movie, but there were several glaring errors in the portrayal of wartime events...nothing bad enough to spoil the movie, but just enough to be annoying to WW2 history/weapons buffs. For instance, we are several times shown columns of marching German troops, who are heavily armed and are equipped with several Panzerfausts (German one shot bazookas) yet not once is one of them even fired at Fury! Moreover, "War daddy" (Brad Pitt) is shown popping out of the commander's hatch of Fury and firing a captured Sturmgewehr MP 44 (German assault rifle) at enemy. There is nothing truly wrong or unauthentic with this - all sides often used captured weapons, but an MP44 would be a very clumsy weapon to be used from the hatch of a Sherman tank (or any tank). This particular rifle was over 3 feet long, and using it from a tank hatch would be very impractical and would seem to involve quite a lot of fumbling. It would also be ridiculously slow to bring into action (tank crews were usually armed with .45 1911 pistols or M3 Grease gun submachine gun for this reason, NOT a full size rifle - even a carbine would really be too long).Despite the few (very few) silly aspects and historical inaccuracies that happen in this movie, overall this is one of the very best tank movies ever made (the only better one is "The beast of war"). "Fury" is a very good war film, and definitely worth a watch by any war movie fan.

Oodles of gritty violence. SO many guys get shot and blown up. Numerous people being burned alive, several decapitated, several summarily executed and many, many blown to pieces. Yeah, it's all there. Three hours of it. The guts, the glory, Brad Pitt is horribly scarred. And Shia's character loves Jesus. God Bless America! Check out the German that is actually stupid enough to stick his head in that tank!Predictable.Could write a short book about how it was unrealistic.The scene where the young soldier goes into the bedroom with the young Fraulein (and Brad Pitt's character saying "If you don't take her in that bedroom, I will") raised my eyebrow knowing the history of the period. Tens of thousands of German women were raped by Allied troops-mostly Russians. Many committed suicide afterwards.American troops illegally executing German prisoners is presented as something normal and accepted. In reality Brad Pitt would have found himself in the Brig. Shooting them down during the heat of battle, even if they are just standing there unarmed, is one thing. Some times during heated action you cannot take prisoners and you cannot leave them behind alive. But cold-bloodedly shooting them after they were taken prisoner was not allowed. SS Concentration Camp guards were summarily shot by Allied troops, however. Some allied troops claimed they would shoot SS who tried to surrender. Officers didn't want this happening for good reason. Because it could cause reprisals against Allied POW's. And they could also face court martial or have their records permanently besmirched if these things were done by men under their command.They would never have put such a Greenhorn in a driver's position with zero training. Because a Sherman is not easy to drive and takes practice. They also must have practice on the guns and learn various maintenance duties. In a combat situation on-the-job training on a tank is like suicide.I laughed when Pitt's character said "I love it in here." Those Shermans would get up over 100 degrees and stink like diesel fumes. Nobody liked being inside them. All it takes is a 12-year-old to pop up out of a ditch with a Panzerfaust and your entire crew gets lit up like human torches. And he loves it in there? Get real.I laughed when they hit that mine and Brad asks "Can you fix it?" And he says he can. There's no way he's fixing that with out outside help and equipment!!! It's beyond ridiculous to think a disabled Sherman tank would take on an entire SS Battalion. Anybody that did that would be mentally ill. They would run. Any Officer would order them to scuttle the tank and destroy its ordinance. An experienced tank crew would not be sacrificed like that with out specific orders and a special reason. And it would not be necessary for any reason. At this point in the war we were destroying battalions with just aircraft. The U.S. Army crushed an entire SS Armored Division with just artillery. Nobody needed to make desperate stands with a Sherman. 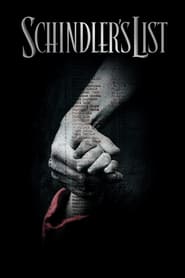 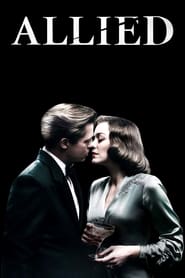 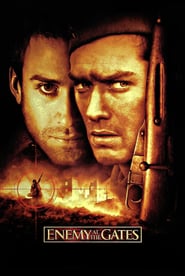 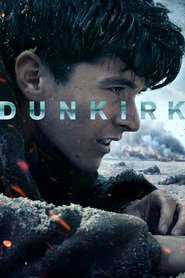 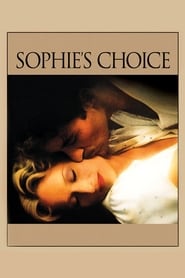 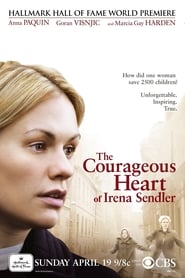 The Courageous Heart of Irena Sendler 2009 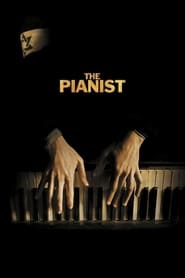 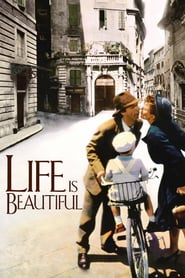 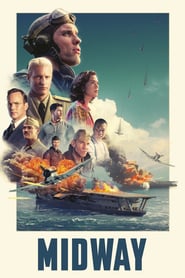 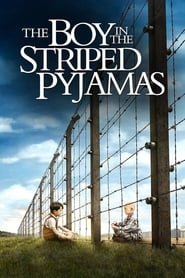 The Boy in the Striped Pyjamas 2008
You May Also Like 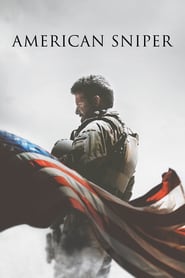 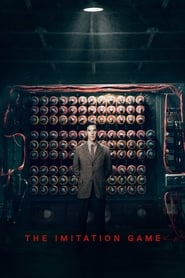 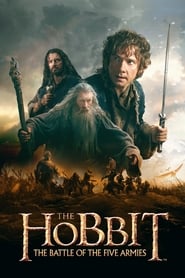 The Hobbit: The Battle of the Five Armies 2014 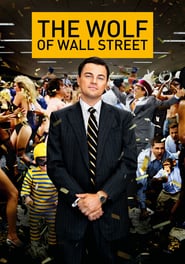 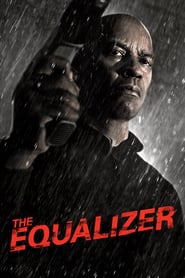 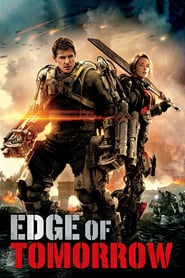 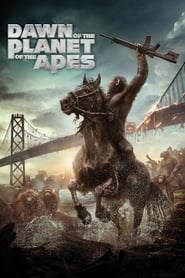 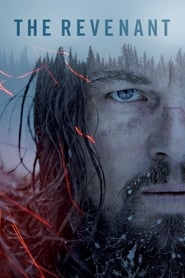 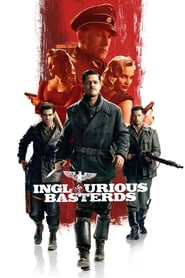 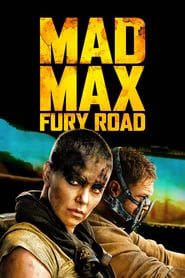