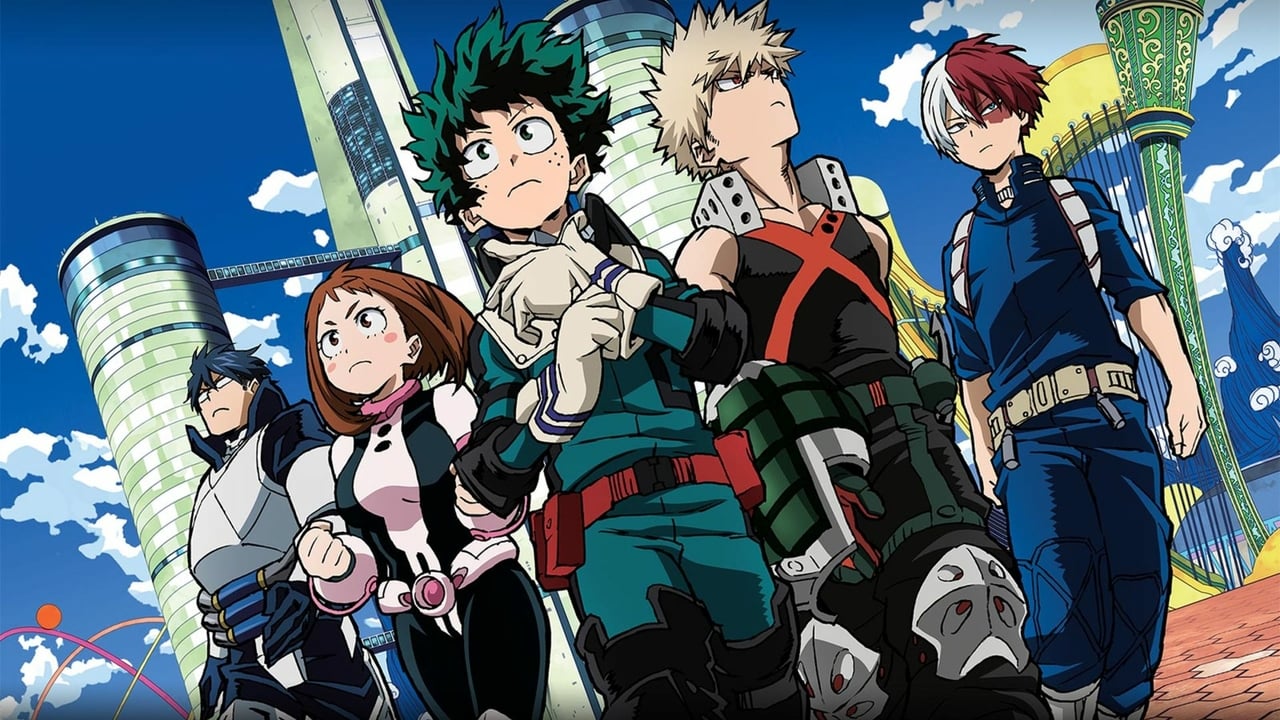 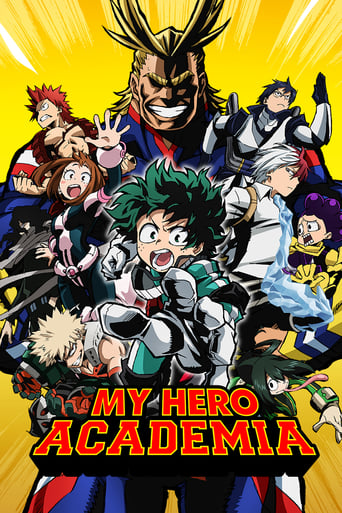 Everything about it is amazing!! Izuku Medoria is the goat!!

I recently binge watched this while on my vacation. Fun show with memorable fight scenes throughout. Unfortunately it suffers with some issues that I will outline here.Plot/Story(8.5): Although a bit cliche with the noble kid who doesn't have a superpower but wants to be a superhero anyway. Definitely got a Kickass(Movie) vibe going for it as far as the main character is concerned. I do still like the journey and all the possibilities. The dynamic of many superheros, and by extension super villains, existing in a world could bring about many fun, interesting and deep narratives. I like how Deku gets his power and still has to work and develop it. The hero school setting is interesting, although feels a bit Harry Potter Hogwarts-ish with the kids trying to learn but bad guys plot intertwines with the school.Characters(7.5): There are many characters in this show. All have very unique powers/quirks. When I mean unique..I mean very unique. The names of their quirks give me a chuckle sometimes. I don't expect all the school characters to get developed. So I will go over some of the issues I had with some of the top appearing characters in the show and some that I liked.Deku is a great character that I enjoy watching develop throughout the series. My only complaint is that he is overly emotional at times(cries a lot). Even the writers, through All Might's character, tell him that he cries too much. It gets a tad bit eye-rolly sometimes.Bakugo is probably the worst of the bunch. I've noticed that he is a favorite among the fan base so I know I will get ire for this. He is powerful and has a great quirk. Unfortunately, I feel like he is one dimensional and hasn't grown much at all. Him developing his quirk and becoming more powerful isn't the growth as a character I am talking about. Episode 1, we find out he is a hot headed, in your face bully who wants to be the number one hero, just like All Might. Coincidentally just like our main character, but much less selfish. Season 3 episode 12, Bakugo is STILL the same character with the same motivations, with almost no information on his background or home life. We FINALLY saw his mom and dad. His mom being a carbon copy of him and his dad being the chill one. Not much to go off of beyond the mother mistreatment and him emulating his mom. Not very good..of course there is still more to the show but the fact that he is practically the #2 character in this show with so little back story and development is just not OK.All Might is an interesting one. I like how they show that he has flaws as a teacher even though he is the number one hero. I like his fatherly relationship with Deku. I do have to point out that I am not too fond of the design of his skinny form. His sunken in eye sockets are distracting for me considering that he is supposed to be human (I think). Todoroki is probably my favorite of the classmates. His back story of how he refuses to use part of his quirk because he hates his abusive father. His back and forth with Deku in the Sports Festival Arc on how Todoroki needs to embrace his other half. His father doesn't own him, etc. So good. Love it. Bakugo needs this kind of treatment.Stain is my favorite villain and I was sad to see him go. I loved his motivations. I am glad they are continuing his narrative of how heroes need to be truly selfless if they want to call themselves heroes. How he hates all the heroes who do it for money, fame and glory. Writing(6): I have issues with how this show is paced. And I think that the pacing is off because of their decision to use internal monologue and flashbacks. I don't mind if they use it, very sparingly, but this show uses it a lot. They need to let the visual(animation) speak for itself. Meaning they don't need to explain why (insert character) is (insert emotion) through internal monologue when the audience already sees it in their face. Or they don't need to explain why Deku is doing what he is doing because (insert 30 sec long flash back). It eats up run time. The audience isn't that forgetful. This explains why some episodes have odd cliffhangers in the middle of fight scenes or other places. They also don't need to internal monologue so much fight strategy. It is more fun seeing the strategy play out and the audience saying, 'Wow, didn't see that coming'. So I hope that they would take the audience a little more seriously. I can see why people wait until the whole season is out so they don't have to wait a week to see a fight finish.All in all, it is still entertaining. I do want to see Deku's journey to the top. I just hope it doesn't take 10 seasons to do it.

FYI - no spoilers but thematic elements crucial to the plot revealed - continue at your own risk.This is the best Anime TV show I've ever watched. Disregard the fact that this show has only 8.4 stars at the time of this writing on this site - this is easily a 9.5 or 10/10 Anime.The show doesn't move slowly at all and contains almost no fillers. There are moments when flashbacks occur but their brevity makes the plot move at a good pace. In some shows I've watched, sometimes a character's backstory detract from the progression of the plot. In this show, the backstory serves to explain the conflicting natures that the characters possess, and why they behave the way they do, but not detracting from the plot at all. I can't recall a single episode where the plot didn't progress when there was some illustration of a character's backstory.The best reason to watch this show is because it asks the questions, what is a hero? How should a hero live? Why do characters look up to a hero? Who is the model hero? These questions are not so easily answered, as you will notice. The creator of this Anime answers that question through the eyes of the main character and by his actions. A hero is someone who is altruistic, self-sacrificing, and willing to save others at the cost of his own life. Yes, some may have their own motives. Some characters have their own perspectives as to what a hero represents, but the creator seems to suggest that true heroes contain the attributes outlined above.There is much more to say about this show, and to go on with the major themes and why we should care as a society, but I think you should watch this for yourself and try to empathize with the main character. You will fall in love with the show quickly.

I first heard of My Hero Academia through and AMV on YouTube. I thought it was going to be a cutsie shonen battle anime, but after watching the first season, I realized that I had stumbled upon something truly special.My Hero Academia is set in a world where 80% of the population has been given a superpower, or a "Quirk", is they are called. No one knows where quirks came from or why people have them. Know the world is protected by Heroes who can learn how to be a hero through various schools, with the best being U.A. Academy, where the current Number 1 hero in the world, All Might, was an alumnus.The story follows the protagonist, Izuku Midoriya, a middle school graduate who was not born with any powers, yet still yearns to become a hero. After a chance encounter with All Might, Izuku learns a terrible truth and becomes disheartened when he is told that he can't be a hero if he doesn't possess a quirk. But after trying to save his old friend turned enemy, Katsuki Bakugo, from a villain attack, All Might sees that he is wrong about Midoriya, and decides to take him as an apprentice.The show is unlike any I have seen in recent years. The storytelling, world building, character development, everything is so well done it is a major contender to become the next shonen hit. Unlike Black Clover, which is just terrible, MHA is terrific to say the least. It is witty and fun, but also dramatic and explosive in just the right amount that you remain hooked, awaiting the next episode. But what the show does right is that it throws away the old trope of giving a shows characters new powers out of the blue, but instead takes their powers and has each character work to improve their existing power, growing in strength and experience.My Hero Academia is the best show I have seen since One Punch Man and I highly recommend watching it. Also Tohru is best girl. 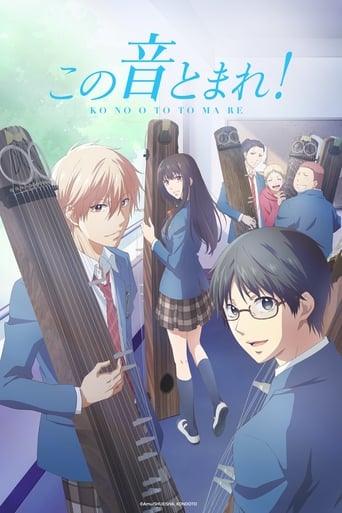 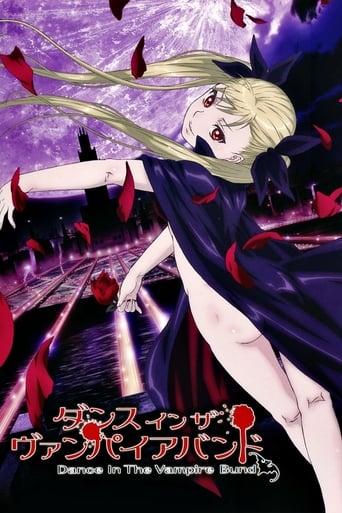 Dance in the Vampire Bund 2010 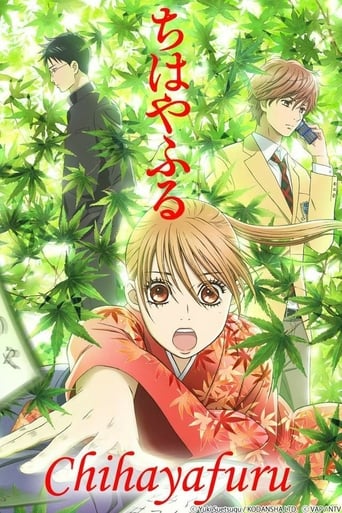 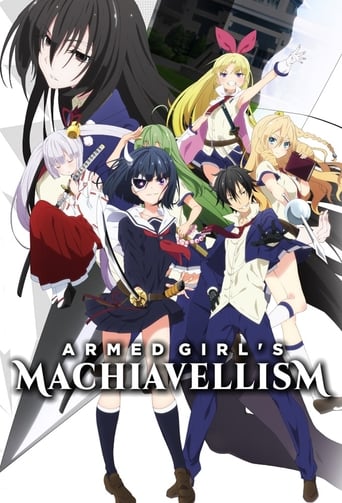 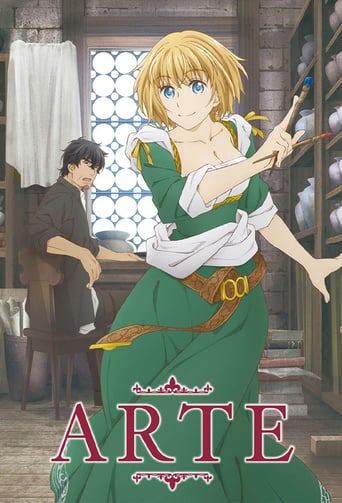 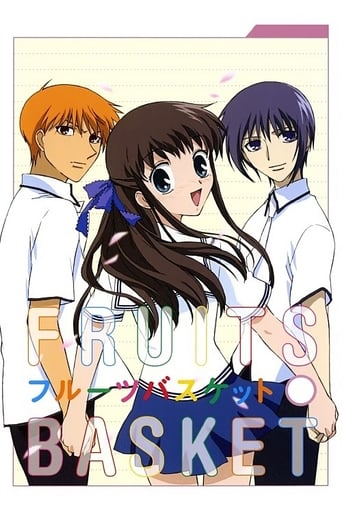 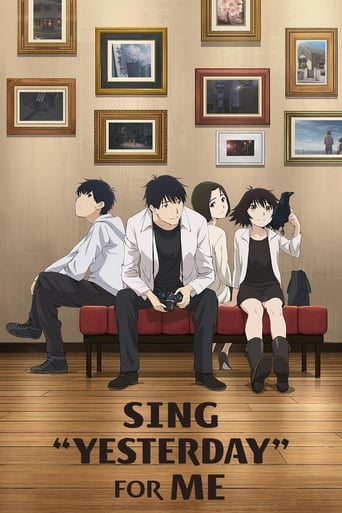 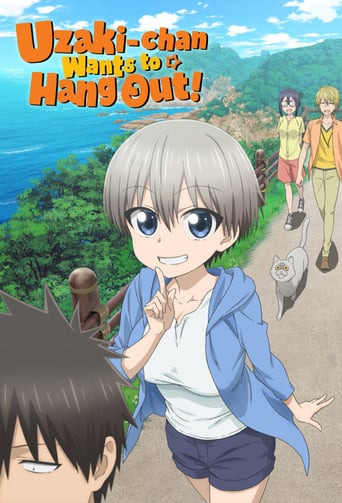 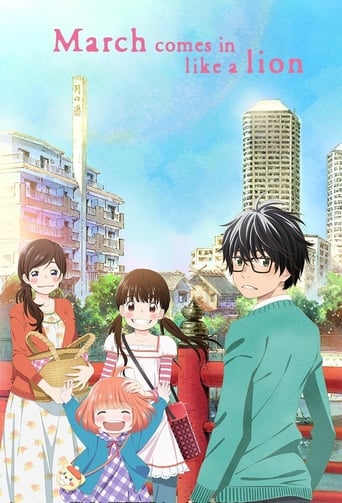 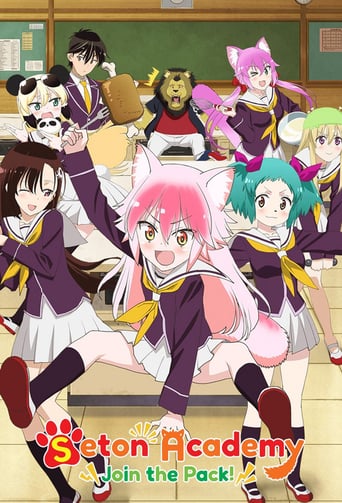